Study Goya’s painting “The Duelists” and assess philosopher of science Michel Serres’ commentary from his book The Natural Contract.

A pair of enemies brandishing sticks is fighting in the midst of a patch of quicksand. Attentive to the other’s tactics, each answers blow for blow, counterattacking and dodging. Outside the painting’s frame, we spectators observe the symmetry of their gestures over time: what a magnificent spectacle-and how banal!

The painter, Goya, has plunged the duelists knee-deep in the mud. With every move they make, a slimy hole swallows them up, so that they are gradually burying themselves together. How quickly depends on how aggressive they are: the more heated the struggle, the more violent their movements become and the faster they sink in. The belligerents don’t notice the abyss they’re rushing into; from outside, however, we see it clearly.

Who will die? We ask. Who will win? They are wondering-and that’s the usual question. Let’s make a wager. You put your stakes on the right; we’ve bet on the left. The fight’s outcome is in doubt simply because there are two combatants, and once one of them wins there will be no more uncertainty. But we can identify a third position, outside their squabble: the marsh into which the struggle is sinking.

For here the bettors are in the same doubt as the duelists, and both bettors and duelists are at risk of losing collectively, since it is more than likely that the earth will swallow up the fighters before they and the gamblers have had a chance to settle accounts.

On the one hand there’s the pugnacious subject, every man for himself; on the other, the bond of combat, so heated that it inflames the audience, enthralled to the point of joining in with its cries and coins.

But aren’t we forgetting the world of things themselves, the sand, the water, the mud, the reeds of the marsh? In what quicksands are we, active adversaries and sick voyeurs, floundering side by side? And I who write this, in the solitary peace of dawn?

River, fire, and mud are reminding us of their presence.

Nothing ever interests us but spilled blood, the manhunt, crime stories, the point at which politics turns into murder; we are enthralled only by the corpses of the battlefield, the power and glory of those who hunger for victory and thirst to humiliate the losers; thus entertainment mongers show us only corpses, the vile work of death that founds and traverses history, from the Iliad to Goya and from academic art to prime-time television.

Modernity, I notice, is beginning to tire of this loathsome culture. In the present era, murderous winners are admired somewhat less, and despite the glee with which killing fields are put on display, they draw only unenthusiastic applause: these are, I presume, good tidings.

In these spectacles, which we hope are now a thing of the past, the adversaries most often fight to the death in an abstract space, where they struggle alone, without marsh or river. Take away the world around the battles, keep only conflicts or debates, thick with humanity and purified of things, and you obtain stage theatre, most of our narratives and philosophies, history, and all of social science: the interesting spectacle they call cultural. Does anyone ever say where the master and slave fight it out?

Our culture abhors the world.

Yet quicksand is swallowing the duellists; the river is threatening the fighter: earth, waters, and climate, the mute world, the voiceless things once placed as a decor surrounding the usual spectacles, all those things that never interested anyone, from now on thrust themselves brutally and without warning into our schemes and manoeuvres. They burst in on our culture, which had never formed anything but a local, vague, and cosmetic idea of them:

What was once local-this river, that swamp-is now global: Planet Earth.

1 The main underlying theme of the excerpt represents:
A man’s inhumanity to man
B an environmental plea
C culture as war-like
D the barbarism of society

2 The third position identified within the passage is:
A culture
B war
C nature
D society

3 Serres writing style or genre could BEST be descibed as:
A subjective response
B argumentative reply
C editorial opinion
D a lyrical argument

4 Current culture, according to Serres can be characterized:
A as warlike and bellicose
B as marked by desensitization
C as being obsessed with spectatorship
D as being environmentally aware

5 The main implication of the excerpt is that:
A we are in a battle with nature and need a contract of peace
B we are spectators endlessly watching battles
C we are by nature war-like
D we are overly concerned with nature and its processes 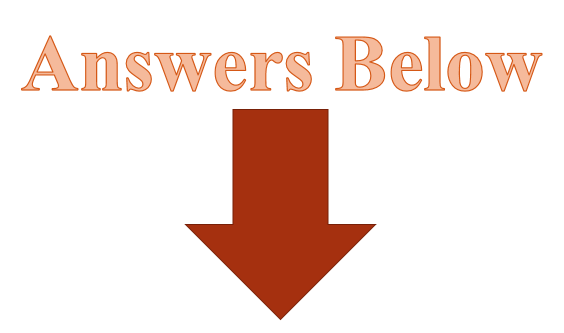 1 Correct Answer: B. This should be noticeable enough that this is an environmental plea, although there are all elements of A, C, & D – these are not the main underlying theme.

3 Correct Answer: D – a lyrical argument.  There are elements of poetry, narrative, allusions, and metaphors to support his argument indicating “lyrical.”  A is too general – all responses are subjective, while C refers more to journalism.

4 Correct Answer: B – culture is desensitized. D is just plain wrong, while A & C are subsumed under B.  Consider the following passage to support B:

Nothing ever interests us but spilled blood, the manhunt, crime stories, the point at which politics turns into murder; we are enthralled only by the corpses of the battlefield, the power and glory of those who hunger for victory and thirst to humiliate the losers; thus entertainment mongers show us only corpses, the vile work of death that founds and traverses history, from the Iliad to Goya and from academic art to prime-time television

5 Correct Answer A – this implication runs throughout the entire passage.  D is incorrect, of course, C is arguable, and B is inclusive of A.