According to legend, Cicero was asked what the three most important things were in delivering his message. The legendary rhetorician reportedly stated: Audience! Audience! Audience! To a large extent, this is true for the GAMSAT Written Communication for Section 2 of the GAMSAT. In essence, all the other parameters for judging your essay are based, at least to some extent, on what the New Critic Wayne C. Booth had called “The Fictive Audience.”

In the GAMSAT Written Communication section, we write to a large extent to the idea that the message will be received by someone – in our case, the quintessential GAMSAT essay marker. Think of the criteria for judgment usually used in essay markings: Content, Expression, Structure, Organisation, Evidence, Style, and so on. The basic fact is these parameters for evaluation are all adapted, when writing, to a sense of how the marker will evaluate these factors. In fact, we know, after writing the task out, that some of the areas were either fulfilled or lacking.

Whether it is Task A or Task B of the GAMSAT Written Communication, in the forefront of our writing, we have the notion of how the task will be evaluated. Therefore, the idea of a “fictive audience” becomes a primary concern. We ask ourselves questions before, during and after writing the task out such as:

1 – Was the essay clear enough?

2 – Did the essay have solid organisation?

3 – Was there enough support and evidence to support the claims made?

4 – Was the style of writing suited for the message?

5 – Did the essay keep the attention of the audience (marker)?

These considerations, of course, presuppose an audience, which in our case, is the essay marker. These are just a few notions to take into account when practicing for the GAMSAT Written Communication section. Other essential considerations will be released in our book – The Advanced Essay Bible, concerning the GAMSAT writing tasks, which will be released in the near future.

In the meantime, you can get access to our GAMSAT Practice Test, which contains two well thought out essay question for Section 2! 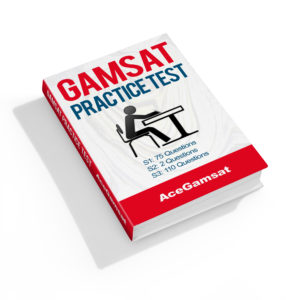