Read the following passages (1-2) about old shelters. Answer the questions (1-6).

When the first settlers landed on American shores, the difficulties in finding or making shelter must have seemed ironical as well as almost unbearable. The colonists found a land magnificent with forest trees of every size and variety, but they had no sawmills, and few saws to cut boards; there was plenty of clay and ample limestone on every side, yet they could have no brick and no mortar; grand boulders of granite and rock were everywhere, yet there was not a single facility for cutting, drawing, or using stone. These homeless men, so sorely in need of immediate shelter, were baffled by pioneer conditions, and had to turn to many poor expedients, and be satisfied with rude covering. In Pennsylvania, New York, Massachusetts, and, possibly, other states, some reverted to an ancient form of shelter: they became cave-dwellers; caves were dug in the side of a hill, and lived in till the settlers could have time to chop down and cut up trees for log houses. Cornelis VanTienhoven, Secretary of the Province of New Netherland, gives a description of these cave-dwellings, and says that “the wealthy and principal men in New England lived in this fashion for two reasons: first, not to waste time building; second, not to discourage poorer laboring people.” It is to be doubted whether wealthy men ever lived in them in New England, but Johnson, in his _Wonder-working Providence_, written in 1645, tells of the occasional use of these “smoaky homes.” They were speedily abandoned, and no records remain of permanent cave-homes in New England. In Pennsylvania caves were used by newcomers as homes for a long time, certainly half a century. They generally were formed by digging into the ground about four feet in depth on the banks or low cliffs near the river front. The walls were then built up of sods or earth laid on poles or brush; thus half only of the chamber was really under ground. If dug into a side hill, the earth formed at least two walls. The roofs were layers of tree limbs covered over with sod, or bark, or rushes and bark. The chimneys were laid of cobblestone or sticks of wood mortared with clay and grass. The settlers were thankful even for these poor shelters, and declared that they found them comfortable. By 1685 many families were still living in caves in Pennsylvania, for the Governor’s Council then ordered the caves to be destroyed and filled in. Sometimes the settler used the cave for a cellar for the wooden house which he built over it.

The first and most natural way of lighting the houses of the American colonists, both in the North and South, was by the pine-knots of the fat pitch-pine, which, of course, were found everywhere in the greatest plenty in the forests. Governor John Winthrop the younger, in his communication to the English Royal Society in 1662, said this candle-wood was much used for domestic illumination in Virginia, New York, and New England. It was doubtless gathered everywhere in new settlements, as it has been in pioneer homes till our own day. In Maine, New Hampshire, and Vermont it was used till this century. In the Southern states the pine-knots are still burned in humble households for lighting purposes, and a very good light they furnish.

Question 1
Which option does NOT support the comment ‘must have seemed ironical’, in passage 1?
A ‘…grand boulders of granite and rock were everywhere, yet there was not a single facility for cutting, drawing, or using stone.’
B ‘there was plenty of clay and ample limestone […], yet they could have no brick and no mortar.’
C ‘These homeless men, so sorely in need of immediate shelter, […] had to turn to many poor expedients.’
D ‘The colonists found a land magnificent with forest trees of every size and variety, but they had no sawmills.’

Question 2
Which option is TRUE about cave dwellings?
A They enjoyed dwindling popularity in Pennsylvania.
B Settlers in Pennsylvania used these shelters for a short time.
C Wealthy people in New England used them as permanent shelters.
D They appeared as a result of shortage of building tools.

Question 3
The disappearance of cave dwellings
A was caused by increasing industrialisation.
B was the result of a lawful decision.
C was welcome by wealthy inhabitants.
D was documented in records of New England history.

Question 4
According to the text, the settlers were
A utterly content with their living conditions.
B constantly kvetching about having half the chamber underground.
C inexpert to turn caves into decent shelters
D impuissant when the caves were destroyed.

Question 5
Which detail about the pine-knot lighting system is NOT given in passage 2?
A It was easier to procure in the Southern states.
B Its widespread use was documented.
C It was a facile method.
D It was a pioneering system.

Question 6
Which option BEST describes the writer’s opinion of the pine-knot lighting?
A It was the first choice for domestic illumination.
B It enjoyed a long tradition in poor areas.
C The wood is easy to find.
D It gave out clear lighting. 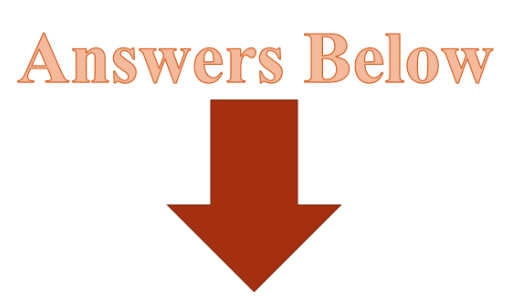 We hope you enjoyed working through these free gamsat section 1 sample questions. If you want some free section 3 practice questions, you can download our Free GAMSAT Mock Exam now.